What’s the biggest mistake you’ve watched someone make in their personal life?

“I will convince him by sleeping with him.“

It is this sentence that brought a woman to destruction. I watched a movie recently named Mr. Donkey. Although people always say that art is higher than life, I still see the sadness of some women, especially in the backward era.

A group of college students dreamed to open a primary school in a mountain village in 1942. There were not many children in the school, but people all got along well. In order to apply for more funding for the school, the principal of the school claimed that there was an English teacher named Mr. Donkey. In fact, Mr. Donkey was a donkey raised by the teachers. The principal emphasized that Mr. Donkey’s salary was special, but he secretly deducted some salary. However, a special commissioner sent by the Ministry of Education broke everyone’s peaceful life. At the request of the Ministry of Education, the commissioner would focus on Mr.Donkey when inspecting the school, because this teacher didn’t have a resume. 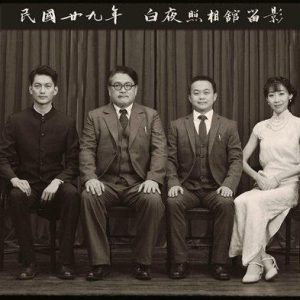 Facing the sudden visit, the people in the village panicked. They thought of letting the copper in the village who didn’t know one word pretend to be teacher Mr. Donkey, and asked Yiman to teach him the most basic English. In this way, the copper deceived the commissioner by speaking poor English. Before leaving, the commissioner wanted to take pictures of Mr. Donkey but because of feudal superstition, the copper was very resistant to photography, since he firmly believed that photography would reduce the life span of people. When everyone was at a loss, Yiman said “I will convince him by sleeping with him.”

In this way, Yiman betrayed her body and persuaded the copper to take pictures. However, the copper fell in love with Yiman after that night. He began to confess to Yiman, but Yiman disagreed, since she yearned for freedom and had no nostalgia for the man who just slept with her one night. She came to the sparsely populated mountain village, just hoping to liberate her nature. In her eyes, the most important reason why she slept with copper was that she wanted to solve everyone’s problems, and she needed sex. Yiman couldn’t accept copper’s love, so she cut off a strand of her hair and put it in the his hands, leaving him a thought. 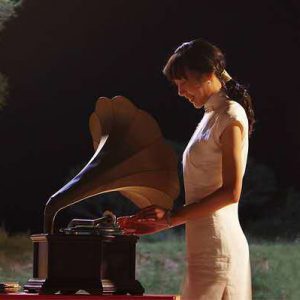 Two months later, the commissioner came again. This time he was accompanied by an American philanthropist to visit Mr. Donkey. But at this moment, the copper’s wife found the school. She said that the copper had changed, especially the sex life of the two people was different from before. She suspected that someone had seduce her husband. She started to go crazy and vowed to get the woman out.

At this time everyone pointed their fingers at Yiman, especially a man named Pei Kuishan. From the very beginning, this man had a love for Yiman. He pursued Yiman hard and emphasized over and over that Yiman is a good woman. He said that Yiman was very pure and kind, and never believed the gossip in the village. However, when he knew that Yiman had slept with the copper, he wanted to revenge on Yiman. He pointed to Yiman’s nose and the scolding became more and more ugly. He wanted her to admit that she had an improper relationship with copper. Yiman didn’t want to embarrass the copper, so she endured Pei Kuishan’s abuse. She looked at the principal, who had acquiesced to her by sleeping with the copper, and also began to accuse her in a high-sounding manner.

Yiman went out and said the most vicious words to the copper. She said that in her eyes, the copper was no different from an animal, anyone in the village could sleep with her at that night. . . The copper collapsed completely, and he threw the strand of hair Yiman gave him to the ground. He began to hate Yiman, the kind he hated to his bones.

The commissioner was still waiting for Mr. Donkey, and everyone lied that he was on a business trip. But at this moment, the copper put on Pei Kuishan’s mink coat and walked into the room, demanding that the commissioner fire Yiman. In order to prevent the philanthropist from the United States from watching the jokes, the commissioner told the copper, “Whoever scolds you, you just scold back!” In this way, together with all the men in this village, they began to insult Yiman non-stop, as if they had exhausted their lifelong vicious words to slander Yiman. Yiman slapped himself twice in their insults. Finally, the copper let others to cut off Yiman’s most beloved hair. Yiman completely broken down, and this woman who pursued the freedom finally died under the gun. 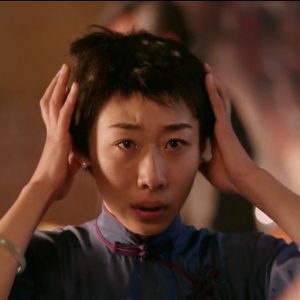