Can you write something that will shock me to the core?

One day a man turned to a show for help, claiming that his 52 year old wife had mysteriously disappeared at home in the early hours of the morning. Then a lot of media were scrambling to cover and interviewed the man and his other family members.

But strangely, this man had always been very calm, in his face you couldn’t see a trace of worry and sadness. During this period, he also offered a reward of 100,000 yuan for clues to find his wife. Later, the police checked the surveillance in their community one by one, and found no trace of his wife. Police began to investigate all corners of the community, rooftops, wells, and so on.

After the investigation and pursuit were fruitless, the police focused on the septic tank of the community. In the 40 degree high temperature weather, the police extracted 38 vehicles of fecal water for detection, and finally extracted the suspected human tissue. After testing, the police confirmed that the DNA of human tissue was consistent with the missing lady.

Under the police’s criminal trial, this man admitted that he had a conflict with his wife, so he killed and destroyed her body.

Sometimes the devil is by your side! 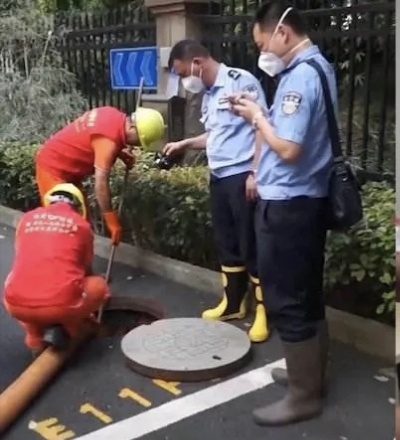